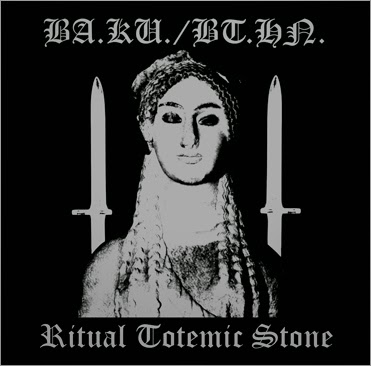 By now, the significance of Sam McKinlay's extensive body of work is undeniable. After having begun his mapping of the depths of monomania, fetish, addiction, and vice, in the mid-1990s with his flagship project, The Rita, McKinlay briefly halted his work in the early 2000s. Though it was unforeseeable at the time, McKinlay's return to substantial recording output and live performances around 2004 would quickly and permanently alter the landscape of Harsh Noise. The Rita became one of the most prolific and influential projects of the mid-2000s as McKinlay explored and channeled his own personal fixations into a sound that was as simultaneously oppressive and ecstatic as the crushing weight of obsession. While the sound of The Rita was not entirely novel, the philosophical underpinnings of the project and the extremes to which McKinlay pushed resulted in a sea of change within Harsh Noise. It can, and has, convincingly been argued that The Rita may have provided the final grand statement within Noise, Industrial, and Experimental music.  To call McKinlay's output during the years 2005 to 2007 “voluminous” would be a massive understatement. In addition to numerous The Rita releases, McKinlay branched out and engaged in several collaborations and side projects while also contributing to the soundtrack for the Barrier Kult skate horde video work. Among McKinlay's musical side projects was the superb Ba.Ku. In 2005, McKinlay released a handful of tapes under this moniker, before changing it to BT.HN., reserving the name Ba.Ku./Barrier Kult exclusively for their skate-related activities. Originally released by Trash Ritual in 2005 under the name Ba.Ku. and later re-released as BT.HN., the “Ritual Totemic Stone” cassette showcased a markedly different style for McKinlay. The sound on “Ritual Totemic Stone” was sharper, darker, and more dynamic, tending more toward heavy Power Electronics with high-end feedback and indistinct vocals emerging from behind the sort of immense walls for which McKinlay is more customarily known. Drawing both sonic and conceptual inspiration from raw and bestial Black Metal, BT.HN. began incorporating samples from obscure horror films and a new aesthetic sensibility that, at that time, had not been fully explored in the Harsh Noise scene; indeed, the overlapping attributes of Black Metal and Noise were only just beginning to be explored. (Note that in 2006, The Rita and Bone Awl issued their collaboration that explored the nexus between these two genres.) While the use of Black Metal tropes in Noise is now disgracefully commonplace and usually trite, McKinlay's approach in 2005 was engaging because, as with his other thematic focal points, his tendency toward obsession granted him the ability to appropriate the right characteristics of Black Metal and incorporate them seamlessly. Regarded years later, “Ritual Totemic Stone” is a significant release within McKinlay's overall discography and a landmark release in the history of Harsh Noise. As such, Urashima, recognizing that it should be preserved and made available once again, has issued this vinyl edition .  The record has been pressed on 140 gr black vinyl with black label and black inner sleeve and comes in a deluxe silver silkscreen on black cardboard sleeve, limited to 99 copies with strip insert in luxury 160 gr ivory paper.