AFTERBLAST: Sam McKinlay of THE RITA 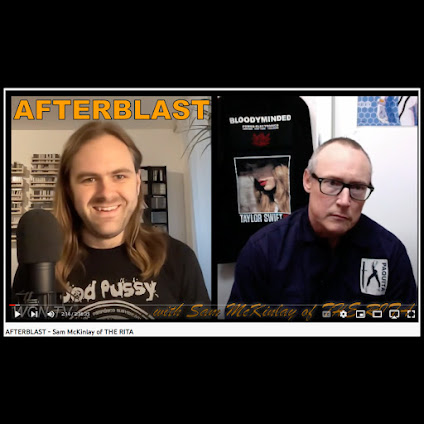 "Out now! Sam McKinlay of the highly influential harsh noise project THE RITA, joins me for a follow up to his March 2022 interview on WCN Podcast. In this 2.5+ hour conversation, we dig deep into a wide range of topics including recent commentary on texture and the future of harsh noise, his passion for extreme skiing, advice for newer artists, his favorite halloween horror films, and his forthcoming "Cracked Pointe Shoe" noise pedal collab with THX/FX Noise Devices, just to name a few. Not to be missed! This is a WCN TV series, available through Patreon." 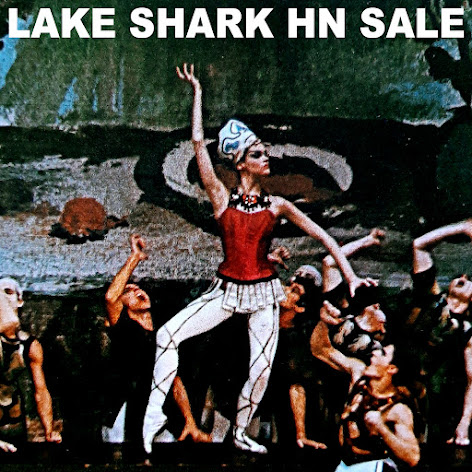 Order any two THE RITA and related items and get the third of equal or lower value for free.  No limit.

See the merchandise section for the catalog and ordering information. 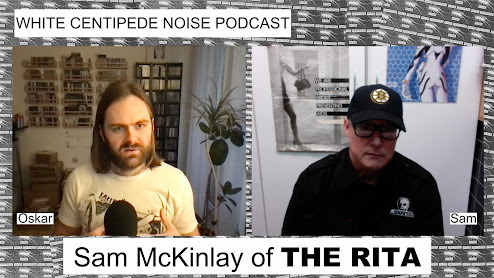 "Out now! Honored to present an extended interview with harsh noise visionary Sam McKinlay of THE RITA. Grateful to Sam for taking the time - check it out now!" 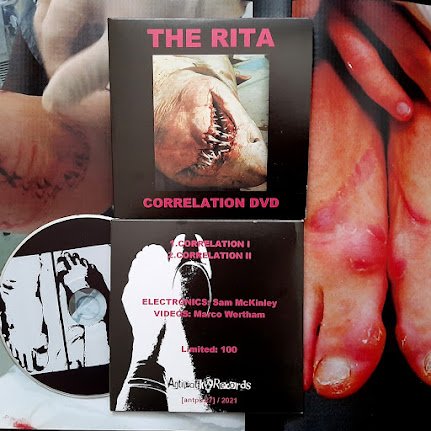 Includes the video versions of the tracks that appear on the Correlation 7" vinyl out in May 2020.

Electronics by THE RITA

"My body went into shock," she said. So I couldn't really feel anything. I just knew it was bad. She said she stayed conscious throughout the ordeal and at one point pleaded to God. I'm like, 'I'm 17, like, please don't let me die," she said. "Like, I'm not ready to die, I have stuff to do. Like, so much." The shark mangled her hands and her left leg. Her leg had to be amputated below the knee. She lost two fingers."

"I feel like I’m always in a battle with my feet,” says Lauren Lovette, with a sigh. One of New York City Ballet’s principal ballerinas, Lovette has beautifully arched, supple feet, and often, they’re killing her. After years of sprains and other injuries, she underwent surgery to correct a bone anomaly, but even with physical therapy, daily ankle exercises, ice baths and ointments, the 25-year-old still hasn’t made peace with her feet."

The DVD and more available in the 'Merchandise' section.

THE RITA - The Princesses CD Reissue 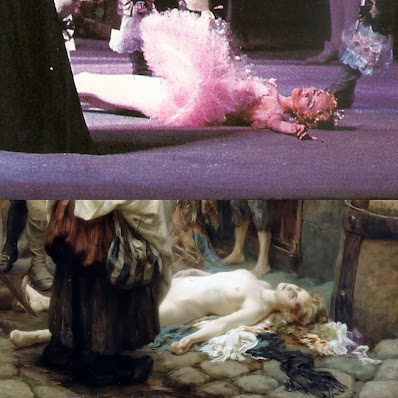 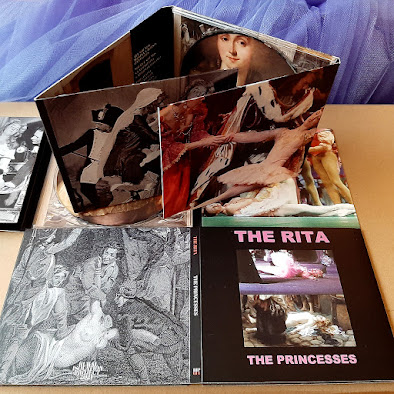 Princess Aurora
“But the innocent impetuous girl is so charmed by the spindle that she cannot cease to play with it.  Suddenly, she pricks her finger.  Instantly, she falls to the ground.”
The king and queen rush to her... The princess herself has no idea of what has happened.  She stirs, looks into her father’s disturbed face, and shakes her head slowly, as if to say, “Don’t worry, nothing is wrong.”  Similarly she comforts her distraught mother.  To prove that everything is all right, the anxious girl rises and begins to dance again, and there is a clap of thunder.  The princess falls into her father’s arms... The princess seems to die.” - George Balanchine
“Seizing the spindle, Aurora wields it like a scepter as she dances.  But then she pricks her finger and, in a passage reminiscent of the mad scene in Giselle (as well as Nikia’s death scene in Petipa’s La Bayadere [1877]), she dances brokenly and finally falls down, unconscious.”  - Sally Banes
Princesse de Lamballe
“One of her murderers, brought, long years after, to some tardy justice, described her as ‘a little lady dressed in white’ - a haunting phrase - standing alone a moment above the carnage:  then, as she was dragged into the centre of the courtyard, a man struck her with his pike, thrusting it through that crowning glory of her beauty, her fair and abundant hair... At sight of it, like wild beasts mad for slaughter, all rushed and flung themselves upon her; she was thrown upon the heap of corpses by the gate, stabbed through and through, her head cut off, every scrap of clothing torn from her, exposed, ‘naked and beautiful, as god made her,’ says a French writer, her heart wrenched out, and mutilations horrible and inhuman inflicted upon her body...
Her head was carried in triumph through Paris on a pike, her heart upon another, her body dragged after: dancing crowds, shrieking ‘La Lamballe! La Lamballe!’ surrounded it...
The shop of a famous perruquier was passed, one who had often coiffed the Princesse in happier days, and some fiends in the mob shouted that he should dress the head again, and rouge the dead lips and cheeks, for they would carry the prize to Antoinette in her prison, and it was necessary she should recognize her friend.” - B.C. Hardy
All source sounds - a woman’s body dragged on a tile floor with the participation of Gabrielle Losoncy.
All analog electronic processing by THE RITA
8 Panel Digipak CD reissue of the cassette originally released by Petite Soles.
The CD and more are available in the 'Merchandise' section.
Posted by LAKE SHARK HARSH NOISE: Home of THE RITA and BT. HN. at 3:01 PM 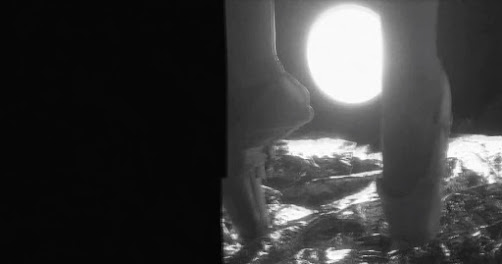 Ballet References: THE LEGEND OF LOVE, THE WINTER'S TALE, MAYERLING.

Early conversations on the video project pertained to how tying certain parts of the dancer's body can mimic the degradation of sound. Erratic movement as audio texture. 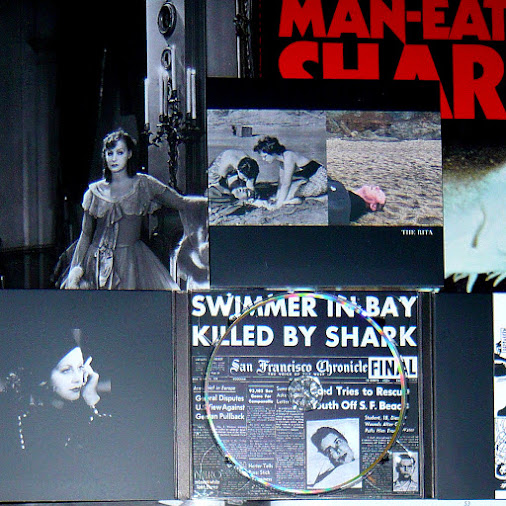 Approaching a The Rita release provides the exposed with a lurid glimpse into a realm of endlessly focusing obsession. The glint of a tooth in a wash of spray, the slashing of a blade followed in moments by a surge, the shine dancing up a stiletto following lines to a stockinged thigh, but it’s rarely the full story, usually a snapshot of that instance of focus, meticulous descriptions, or just a title and image, a few frenzied minutes, or hours of consideration over every thread – all shreds of the evidence. To have three of these frustratingly scarce documents brought together displays parallels throughout works and also underlines fascinating differences between each release.
Anna Christie (2005): Timeless stoic beauty of the past, feminine grace and the coldest soft faces - there can be a disconnect between the images of silent beauties and hyper-violent noise, if one follows expected routes of justification, but if accepting it as the sound of the pure frenzy of adoration, poet with a blade in a lung bleeding out, then the ultra-blasted out noise onslaught is all that makes sense with sensual contours to the low end along with very precise changes at key moments of tension. Titled after Sam’s second favourite Greta Garbo film – her first talkie - though his top film of hers is Romance, and frequently cited as a favourite among listeners (alongside Flapper Influence From French Prostitutes – another masterpiece of 1920’s feminine style worship) this statement on adoration and devotion to the beauty of Greta Garbo - originally released as a 3”CDR - grows scarcer as time goes on with nobody willing to part with a copy.
The Tortured Ghosts Of Creeks And Rivers (2006): Conceptually this is focused on the stripped down and aesthetically powerful world of pre-code horror comics and violent controversial 70s comic magazines, paralleled with 60s Mexican gothic horror films, and then further focused in on themes of water based horror and eroticism through illustration and cinema. Stark contrast up-close, unforgiving focus on horrific details, that’s how this entire LP sounds. Exhibiting absolute precision in tension building and maintenance Sam somehow makes totally saturated exploding surging harsh noise sound more hard and extreme as each side proceeds. Watery fury and intensity, an endless close up on a face in shock right before it’s pulled under. Originally a now rare LP, with this reissue more listeners can study the absolute signal understanding and fearlessness in using sustained noise intensity to create structure.
Albert Kogler (2006): Any time The Rita unleashes another meditation on the human and shark dialogue, I’m fascinated. This was one of those impossible to find Troniks one-sided LPs, no info besides the stark image, like a 1950s Broken Flag - shark attack aftermath – beach party is over. The pieces namesake was the victim of a Great White Shark at Baker Beach in San Francisco, California on May 7, 1959. Sam going deeper in his search for resonance has even travelled to the exact site where the famous cover photo was originally taken. Providing grisly detail even closer to the moment of focus, Sam gives these quotations, underlining that once man comes in contact with the out-scaled power of a shark, there’s really little of substance to be done if the strike was brutal enough in those brief instances of extreme-force on human flesh.
"Shirley reached Albert and seized his hand, "but when I pulled, I could see that his arm was just hanging by a thread." She slipped her arm around him and began to swim for the beach. When she was near enough, a fisherman threw her a line. After they were on the sand, Shirley, a Roman Catholic, scooped up some sea water and let it run over the head of her friend (who had never been baptized and belonged to no specific faith)."
The shark attack theme is articulated by the unrelentingly turbulent blast of persisting density. The full and present midrange allows granular focus on the wide-angle cellular structure of surges in crackles, presenting the listener with an enveloping environment at maximized volumes. The unfurling washes of texture-focus immortalize in duration what - the overloaded moments of absolute terror and impact - being ripped apart and drowned must be like.
As maximized in impenetrability as The Rita harsh noise minimalism is, there is always a sense that there’s something more complex below the violent surfaces, the hidden that animates the ranges of textures and environments possible within such strict parameters. Each release is like a snapshot in a dossier, piecing together the motives - details unraveling into darker mysteries that reveal paths connecting other releases. These recordings sonically expose tensions and balances, manipulations of layers – the staggering changes between slight twists tighter, the phantom geometries unique to each listener as you release any expectation of narrative and pursue an experience of variance in the constant immediate density of sound structure. Sam McKinlay through his legendary The Rita project and Phage Tapes bring together three rare, monolithic and relentlessly powerful documents of harsh noise brutality onto one digital Compact Disc edition that true noise listeners will need in their archives.
-Nick Henry (NYC – MMXX)
Posted by LAKE SHARK HARSH NOISE: Home of THE RITA and BT. HN. at 9:27 PM