ON BYNWR.COM - TIGHTS WORSHIP: THE PROCESSES OF THE RITA 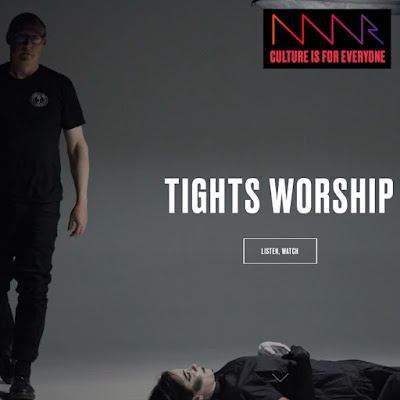 ON BYNWR.COM - TIGHTS WORSHIP: THE PROCESSES OF THE RITA. SOUND: THE RITA | VIDEO: MIKE MCKINLAY | TEXT: KIER-LA JANISSE.
Last year I was asked by my friend and renowned writer / producer Kier-La Janisse to build a 10 minute harsh noise track based on my choice of 1960s American sexploitation for a series she was curating for Nicolas Winding Refn's byNWR website. I chose director Whit Boyd's SPIKED HEELS AND BLACK NYLONS from 1967.

The project expanded when Kier-La was talking to Nicolas about the project: "I had to pitch him not just on the content but the various contributors to, their history, approach etc. I told him about the various obsessions I’ve seen you go through over the years – the Creature, giallo, sharks, frogmen, etc - and how now you’re obsessed with ballet and ballerinas’ mangled feet. And he became kind of obsessed with you and your process. So he wants not only the sound piece you will make, he wants to know if we can make a video, documenting you making it, and also being interviewed about your various obsessions, fetishes etc."

The resulting piece on byNWR is the harsh noise track, writing by Kier-La and a 27 minute documentary that follows my processes of making the track while tracing my various influences and concepts that have built THE RITA. The documentary is filmed and directed by my award winning cinematographer brother Mike McKinlay and features brief appearances from Kelly Davis (dancer in THE RITA - Choreography to Cracked Linear Sound), Rhea Montpetit (source recording for the Spiked Heels harsh noise material) and Kristin Hayter / Lingua Ignota (source recording video she created in for the earlier THE RITA 'Toe Cleavage' box set).

The audio, writing and documentary are found at bynwr.com in the 'EXPRESSWAY' section. Be sure to look at the rest of Kier-La's recent extraordinary work on the site as well.
Posted by LAKE SHARK HARSH NOISE: Home of THE RITA and BT. HN. at 6:27 PM